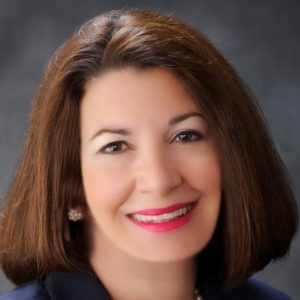 College Board Endorsed Consultant for AP Spanish Language and Culture

Meet your consultant for this session:

Parthena Draggett has been teaching Spanish (and French) for over 35 years, including a wide range of college & high school level courses. Currently, she teaches at the Community School of Naples, Florida, where she also serves as World Language Department Chair and is building Vertical Alignment and Pre-AP Strategies across languages and levels. Prior to coming to CSN, Parthena had spent 30 years teaching in Ohio, the last 24 at Jackson High School in Massillon, Ohio, where she also served as Department Chair & had founded the AP Spanish Language & Culture & the AP Spanish Literature & Culture programs.

Parthena also regularly participates in the AP Spanish Language and Culture Reading where she serves as a Table Leader for writing. In addition, she regularly presents at many conferences, including AATSP, ACTFL, FFLA, OFLA, NECTFL, COFLT, and the AP Annual Conference. A national and international consultant, Parthena delivers workshops on various topics, including vertical alignment and articulation.

Parthena was named as “Ohio’s World Language Teacher of the Year” for 2014-2015. Along with her teaching, Parthena is a Praxis II Spanish Language Chief Scoring Leader & item writer for ETS. She is a member of the AATSP & was elected to the Board of Directors as Secondary Representative from 2015-2018. She was also named State Director of the Year for the Sociedad Honoraria Hispánica in 2012. Parthena maintains membership in ACTFL, the FFLA, & the Ohio Foreign Language Teachers Association (distinguished service award and other awards).